From the sign-nameplate-nameplate logo, what are the reasons for the changes in these terms and what is the definition of nameplate?The nameplate maker has sorted out some information below for your reference.

As early as in the 1950s, China’s former ministry of machinery industry issued the ministerial standards of “product labeling”.In the standard, a “sign” is defined as a sign for a mechanical product.These include signage, instruction board, route board and data sheet board on mechanical products.

For a long time, different logos on different types of products used to use the term “label”.Some people have questioned the definition of the sign, such as the instrument panel, instrument dial in the instrument and instrument industry, different from the role of the sign of the machine, they all have their own characteristics, characteristics and definitions, from this level of significance, the panel, dial and machine sign can only be a parallel relationship;In particular, some products, such as EL field luminescent screen, IMD inset injection molding body and membrane switch operation board, have gone far beyond the signage and directly participated in the functional operation of the equipment, becoming an integral part of the machine equipment control system.Obviously, the characteristics of such products go far beyond the definition and concept of “label”.

For example, “stationery”, “office supplies”.Stationery, cultural utensils also.In the era when material conditions are not good enough, cultural appliances are enough to meet the needs of the office, but with the improvement of material conditions, a large number of such as copiers, printers, shredders, stationery can only be a part of the office supplies.Thus it can be seen that “sign” is only a special name.

For these, people began to recognize and incubate a more appropriate name.Referring to foreign countries, some of these products are called “signs”, “kanban” and “Plates”.In Taiwan, Hong Kong, Macao in our country, it is often called “nameplate”.

The inscription, permanently engraved also.Very rich in the characteristics of eastern culture.The author discusses with a lot of colleague, appropriate with “nameplate” more appropriate.The name of the plate, table plate, panel and other parallel, is only a type of the nameplate.

According to the nameplate this general name, more convenient for different types of products to do systematic classification. 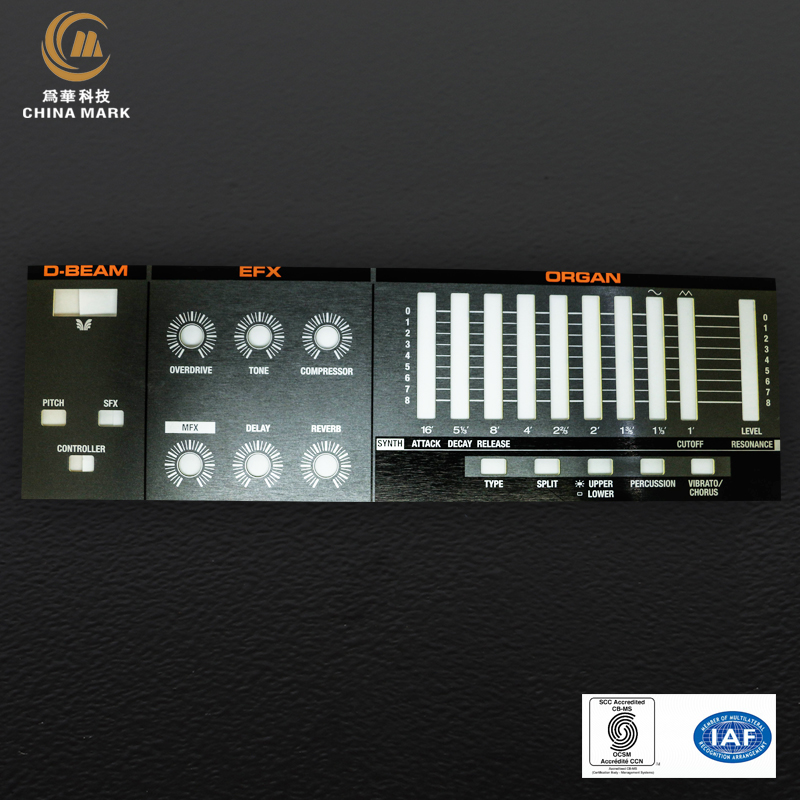 The relationship between the nameplate and the logo

Nameplate, is a substrate surface attached to the text and text produced into the brand.It is characterized by the recording of the product’s nominal, functional, or public information.Its content is strictly limited.

Logo, the appellation is very intuitive, a look at the “logo” two words, it is clear that the “brand” made of the role.Especially at present, some nameplates have been separated from the dependence on products and extended to broader Spaces, such as place-name nameplates and outdoor guide nameplates. Sometimes, in order to better remind its role, such nameplates are directly referred to as signs, such as “guide sign system”.The nameplate for some of the special significance of the brand is called logo, both intuitive, and can be different from the relationship with the product nameplate, but its attributes still belong to the nameplate, which also shows that the nameplate application field expansion, not only is not appropriate, but also potential

Logo is a broad concept characterized by its role, but not all “brands” have the characteristics of a nameplate.The nameplate is the sign, as is the billboard or other sign.Just as “process” is the general name of “processing methods and steps”, mechanical products have mechanical process, chemical products have chemical process, not to make a definition will be ambiguous.In order to define the attribute of a certain logo, “nameplate” is used as the attribute to define the type of logo.The use of the term “nameplate logo” can better reflect the development space of nameplate in its role.

The nameplate is the logo, but the logo is not necessarily the nameplate. 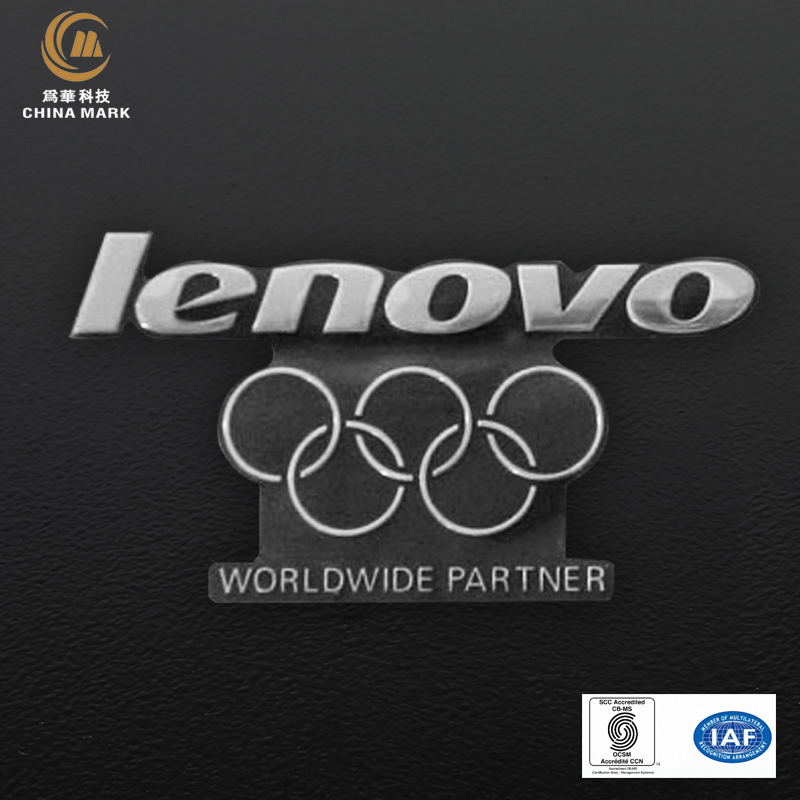 The difference between nameplate logo and advertising logo

If the nameplate is still in the concept of sign, it still belongs to the “sign on the mechanical products”, then, there is no difference between it and the billboard, each doing its own job, at a glance.The problem is that today’s nameplates are not completely attached to products, but go to a broader space, such as: traffic signs, road safety signs, guidance signs, etc. These public information signs are an extension of the nameplates, which are sometimes confused with advertising signs.

In particular, in recent years there have been many exhibition activities, the nameplates and billboards tied together, collectively known as the “brand industry” exhibition.Therefore, here should be more deliberately stated.From the perspective of “publicity”, nameplate logo and billboard logo both play the role of the logo, but the form and content are completely different.

The logo content of the nameplate can only be a true portrayal, and no exaggeration or extension is allowed or possible.For example, the model, name and nominal contents of the product label;The scale and nominal relationship in the meter dial;The function prompt and other relevant information in the instrument panel can only be recorded on the nameplate in the original;In terms of nameplates of public information, such as guiding signs, the name of a road or the name of an enterprise in a certain direction should be specified at a crossroads. It can only simply and accurately inform the public of the relevant information that needs to be reminded to the public, and it can never become irrelevant and make a splash.This is the seriousness of the content of the nameplate.

“It is good to be a woman”, this can not constitute the content of the nameplate, it does not have the characteristics of the nameplate, made by such content into the brand, is a billboard and not the nameplate.In the content of billboards, the focus is not on realism, but more on the pursuit of “creativity” and “planning”.Due to the differences in content style, therefore, the society had a “false advertising”, and no “false nameplate” said.

The nameplate should be matched with the product in general, and should pay more attention to “coordination” in terms of shape and color. It can not “make the finishing point”, but sometimes it needs to “make the finishing point”. It will be subject to many restrictions.However, the billboard pays more attention to “rendering” and “stimulation”, which is superior to novelty.It applies to a lot of space, doesn’t feel inhibited or constrained, doesn’t care too much about what your attachments want of it, but just feels good about yourself.Therefore, the advertising logo is more lively and open in form than the nameplate logo.

Nameplate logo and advertising logo in the process is sometimes interlinked, in many cases, the billboard production process is completed with the help of the nameplate process, for example, screen printing has been one of the main means of the nameplate graphic production, later in more cases are widely used by billboards;EL field luminescence technology not only provides night vision for the nameplate, but also becomes the first choice for making dynamic advertising signs.The size of the nameplate is generally not too large, but the accuracy of the text and text requirements are higher, and the advertising is mainly farsighted, the precision of the text and text is not very important.The production of nameplate attaches great importance to durability, which is restricted by many relevant testing standards and strict testing conditions.However, the replacement period of the billboard is short, and it doesn’t mind “enduring”.Therefore, the test requirements of the billboard is not demanding.Of course, the author here is not to belittle the motivation of the billboard, but only that the nameplate and the billboard have their own orientation.

We are here to serve you!

Custom metal logo plates - we have experienced and trained craftsmen who can produce reliable, high quality metal identification products using all types of finishes and materials used in today’s businesses.We also have knowledgeable and helpful salespeople who are waiting to answer any questions you may have.We are here to help you make the best choice for your nameplate logo!